He’s been the talk of the town for many years now, and people can’t seem to get enough of Tiger Woods’ stories

And of course, when someone can put down $25,000 on a blackjack hand without breaking a sweat it is hard not to be intrigued.

But is Tiger Woods addicted to blackjack? We know for sure that he is a high roller and that he gets VIP treatment from several casinos. In fact, this is what has led to the speculations of him being addicted to gambling.

Big casinos are discreet and would never give out information on how much their guests spend on the tables.

But there are other sources that can confirm that Tiger Woods spends a lot on blackjack. Jamie Jungers who figured in the news as one of his dames, claimed that Tiger spends big sums on the classic casino games.

She told the media about a time when she joined Woods at the blackjack table and saw him put down $25,000 on a hand. The same night his friend Charles Barkley was also busy betting in the casino on roulette.

But the real shocker is not that Tiger bets $25,000 on a hand of blackjack. A rumor claims that during 7 years he has put down $50 million on Las Vegas tables. He might even have gambled $200,000 on one hand of blackjack!

To normal punters this sounds incredible. But for Tiger Woods it became a habit to relax at the casino tables between tournaments. Tournaments where he made nice sums to cover his excessive gambling.

But it is not only the successful golf tournaments that have enabled him to gamble in a way that has labeled him an addict.

Contracts with big companies like Nike have also given him the finances for such betting. One could argue that a person that can afford bets of this size is not necessarily an addict. 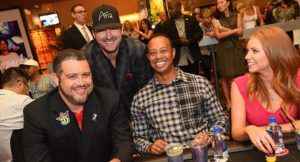 Tiger has several favourite gambling spots. He has been seen at the MGM Grand Resort.

Here he also has a suite ready to host private parties. He also plays at the Mandalay Bay and this is where he has held an annual charity night that gets quite some attention.

Another casino that caters to Woods’ addiction is the Bellagio. Leaks from the casinos have suggested that he holds credit of around $4 million.

With such bets Woods also wins a lot of money. Casinos have reported that he can take home hundreds of thousands of dollars in one night. If that makes him break even or not is not known.

Blackjack is supposedly his favourite casino game but he has also been seen at the craps table.

Craps is also a game that can be played with strategy but not as much as blackjack where smart moves really can make the difference. Casinos are said to make a big fuss over their celebrity guest, arranging all sorts of entertainment around the gambling tables to keep him happy. 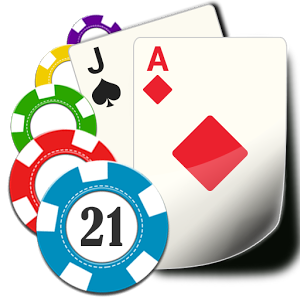 But is he addicted?

It is not a small thing to be addicted to casino games. Gambling has been known to split up families and leave people penniless.

In fact, using money that was supposed to go to rent and food is usually a sign of addiction, but Tiger Woods is hardly gambling to the point that he has nothing to eat.

Yet there might be signs of an actual addiction.

The official inauguration of his golf academy in the Bahamas was delayed till the weekend the casino where he was staying would open.

If the delay was indeed for Tiger to get a chance to gamble that would suggest a passion for games strong enough to change life events in order to get to the casino tables.

No need to keep it a secret

In the USA it is not seen as such an offence to hit the casino tables a lot if you can afford it. In fact someone that can put huge bets on the blackjack table is seen somewhat as a hero.

While the reputation of Tiger Woods is less than sterling, following his personal scandals and crashed marriage, his gambling is not something that adds to the blame.

Even if it was the excessive blackjack gaming that caused his personal life to suffer, the gambling will not be to his disadvantage. He and other sport stars that bet on the blackjack table with big sums can continue to do so with their heads held up high.

Addicts or not, they can afford the habit and their games are being watched with excitement by fellow players and staff at the most exclusive casino resorts in Las Vegas and beyond.

Important Note: If you feel as though you (or someone you know) may have a problem with gambling, we encourage you to visit Gamble Aware to get access to help and the free gambling helpline.