Searching for a simple to follow and easy online poker guide? Look no further as our team has you covered. We have prepared a brief yet detailed guide on how to play online poker games, which should help you understand or refine your poker style and as a result ensuring that you become the best player you possibly can become! 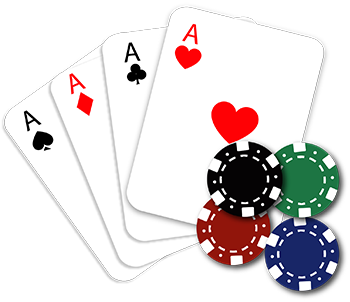 Learn How To Play Poker Online in Eight Simple Steps

If you are a new Live Casino Poker player, this easy to understand ‘how to play online poker guide’ will easily guide you through the basics of this game. Once you feel confident enough, you can try online poker real money games at some of the online poker sites that we recommend in our reviews.

Online Poker isn’t just a game that you play with cards – no! It’s a game that you also have to consider the other players sitting behind the cards. And, if the game didn’t have any rules, the result would only be complete confusion, arguments and complete disorder. As you read on this guide, you’ll understand why having the rules is important. Failure to mastering the rules can lead to server chip loss. Much like having no idea on how to ‘give away’ at the roundabout can lead to a massive car crash. 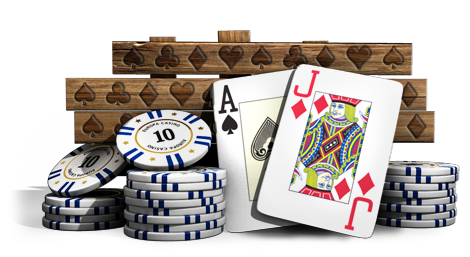 Despite the mind game aspect of playing online poker, normally the winner is determined by the hand with the highest value – unless of course, you are bluffing. It’s important that you always aim to have the strongest hand possible – more so if you are a beginner. Read more about how hands are valued in the ‘Poker Hand Ranking Chart’.

While playing Live Casino Poker, position is everything as all the action is based on the Button – not unless you are playing Stud Poker. Early position, as with the small and big blinds, is found to the left of the button and act first after the flop. Seats found to the right of the button are referred to as late position and act last post-flop, while the seats found in between are referred to as the middle position.

**Button refers to the disc that will be placed in front of you, and it is used to indicate who the dealer for that particular hand is.

Once you’ve been dealt with your pocket cards – hole cards, you will be forced to make your first decision: to play or not to play. You must decide whether you are in or out of the hand, and you can do this by matching the bet which stands once action reaches you.

Betting will continue in sequence starting with the player who seated to the left of the dealer and continues in a clockwise direction until all bets have been matched. During this round, you can choose to Fold, Call or Raise.

As the game unfolds around the pre-flop, you will be forced to call (match) the value of the Big Blind bet if you wish to continue playing at the table, OR the player who’d raised the bet will have to call it to remain in the hand. You can always choose to fold any time it’s your turn to play.

If there has been a raise when the betting round returns to the player who has the Big Blind, then this player can choose to raise if they wish to. Once all the bets have been matched, the flop will be dealt.

**Blinds refer to forced bets. They are called so because you have to post them ‘blind’ before you can see any card. Small blinds are half the number of chips for the big blinds.

The flop consists of 3 – 5 community cards that will be dealt in the middle of the table. They are referred to as the community cards because they are usually shared with all the players, meaning they can be part of any player’s hand.

Once they’ve been dealt, betting will continue, beginning with the player who’s seated to the left of the button and continues clockwise. Just like the pre-flop action, you can choose to check (bet nothing), raise, fold, call, or bet depending on your position at the table. Betting continues as explained above until all the bets have been matched, after which the next card will be dealt.

Immediately the post-flop betting round is over, a fourth community card referred to as the turn card/fourth street will be dealt, face up in the middle of the table. Betting then continues, with rules similar to the post-flop action being observed. All the players who remain at the table after this round will then be able to see the final card.

Again, a fifth and final community card will be dealt face-up in the middle of the table. This card is referred to as the River/Fifth Street. At this juncture, you will have all the cards required for you to win the game. The idea here is to have the best five card hand value from all the seven cards that you’ve been dealt with (two hole cards and the five community cards). If you don’t have it, you can still win it by bluffing, especially if every player checks it to you.

**In Texas Hold’em, you can also choose to ‘Play the Board’, meaning that you can exclusively use the community cards to form your hand.

Once every player has finished betting, the remaining players will have to reveal their cards. There are rules that usually guide how the cards will be revealed.

If there was a bet placed on the last round of the game, then the player who made the LAST POSITIVE ACTION, i.e., the one who placed a bet – and not to call one, will be the first to show. However, if all the players checked on their last round, then the player who is on the left side of the button will reveal his/her cards first, after which the sequence will continue in a clockwise fashion.

The player having the strongest five hand will win the pot. If there happens to be a tie between two or more players, the value of the pot will be divided equally among the players.

**For a showdown to happen, there have to be more than two players left on the table. 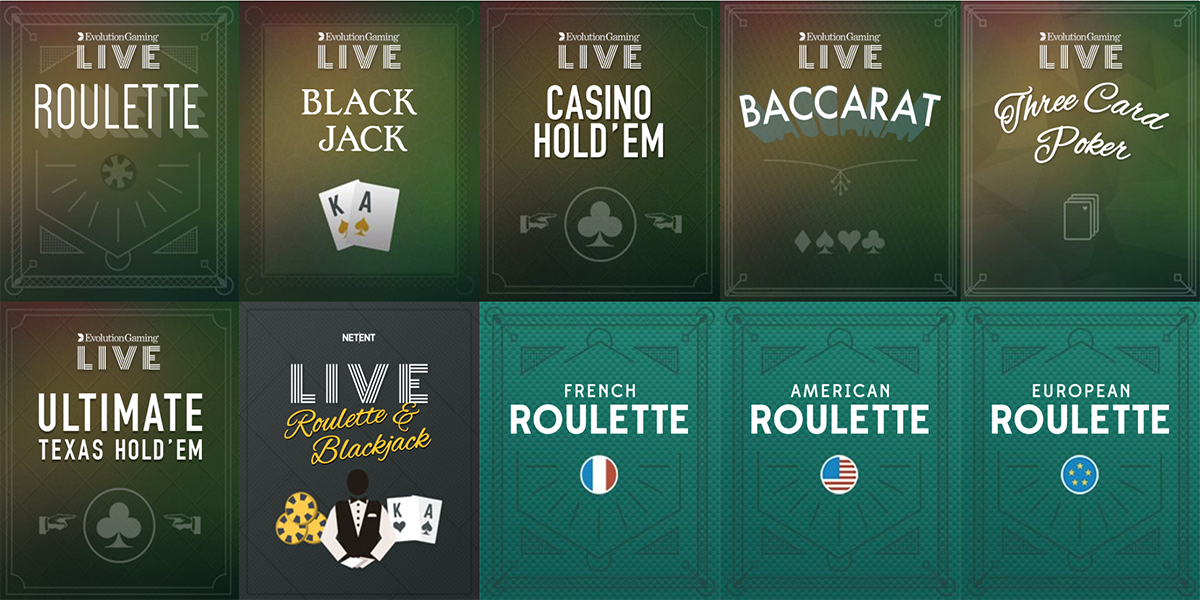 While Live Casino Poker has more than 160 unique, different ways of starting a hand, only nine categories are available for showdown hands. Below, we’ve ranked them from the best hand to the worst.

This refers to five cards that appear in numerical order, all of similar suits. While playing Live Poker, the best straight flush combination that you can get is referred to as the Royal Flush since it is made up of an A, K, Q, J and the 10 card, all having the same suit. If you have this hand, you are unbeatable!

Four of a Kind

It’s a hand that contains three cards of the same ranking and a pair. For instance, you can have a combination of Q-Q-Q-8-8, which is referred to as a ‘Q Full of Eights’ full house. While playing Live Dealer Online Poker, the best Full House combination is the Aces Full of Kings – A-A-A-K-K, while the lowest ranked full house is 2-2-2-3-3.

If you have a flush, you have five cards with the same suit. While playing Online Poker Real Money, this hand is considered to be one of the strongest and will usually take you a step closer to winning. While playing Texas Hold’em Online Poker Games, the best flush combination consists of an A-K-Q-J-9. Also, an A-K-5-4-2 flush in clubs is ranked the same as an A-K-5-4-2 flush in spades.

Consists of 5 cards appearing in succession. The Broadway is the best combination of a straight and consists of A-K-Q-J-10 while the lowest consists of a 5-4-3-2-A, commonly referred to as a wheel in online poker.

Three of a kind

Composed of three cards having the same rank and two cards that have different values. In other Live Poker Casinos, it can be referred to Trips or Triplets. A good example of a triplets hand is 4-4-4-Q-8, 5-5-5-3-2 or Q-Q-Q-7-6

Most players at the Live Poker Tournaments successively manage to come up with hand. Just from the name, it is composed of two pairs. For instance, if you are holding 9-9 and board consists of J-J-2, then you have yourself a Two Pair, Nines & Js.

Consists of five cards that don’t form any of the enlisted hands above. In other cases, it is referred to as the No Pair or High Card. To have this hand, all the cards have to be of different ranks, not to be in any connected order and have at least two different suits in them.

Live dealer poker and live poker tournaments have some rules that every player is meant to follow. It’s still possible to reprimand other players seated at the table using the available chat box or let other players know the cards you are holding. However, the table moderators are consistently monitoring to see those who aren’t following the set rules to take stern action against them. Furthermore, if you see anyone breaking the rule, you should report immediately lest you lose the opportunity of winning. 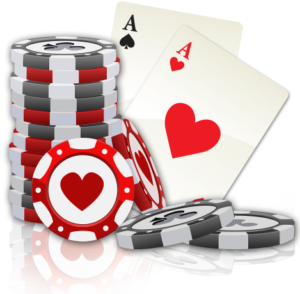 Chatting Up a Storm at the Live Poker Tournaments & Tables

Table courtesy and ethics are applicable at the live poker tournaments as much as they do at the Live Poker UK casinos. Just because you can’t see whoever you are competing with doesn’t give you a ticket to disrespect them. Consequently, you need to ensure that you’ve stayed away from the following no-nos in the chatbox.

Now that you’ve gone through the online poker rules, you can enjoy playing at one of the best online poker sites. You can even join daily freerolls if your bankroll is low and you just want to play for fun.